It’s been a good month and a half since my last post. I made sure to take some time off after exams to chill then ended up diving into part-time work in a slightly drastic change to my routine that took some time to adjust to. I’ve managed to get a little bit of balance back, so here is a rambling post about some of the things I was up to recently, with some photos of other things I did.

You all know I have a long list of hobbies and interests I like to switch and rotate between a lot. Makeup has fully fallen out of the rotation, it seems. I haven’t touched my box of new items in MONTHS and I wear the same casual lipsticks for work all the time, although to be fair I have rarely gone out to do anything else. So, as a result, I am kind of stuck for beauty content.

I have picked my reading back up again as well, although it seems my pace slows every time I do. I finally finished reading The Bone Season by Samantha Shannon, and then I finished Spare and Found Parts by Sarah Maria Griffin, too. I particularly loved the latter, especially the second half. It’s very sweet and emotive, not romantic in the typical sense, and deliciously dark. I will be seeing Sarah Maria Griffin in an event in a few weeks, which I am really excited for now.

Just a few days ago, I finished Blade Runner, or originally ‘Do Androids Dream of Electric Sheep?’ by Philip K. Dick – It’s a shorter read compared to my last two but I am enjoying it a lot so far. I’m only two chapters in, and the worldbuilding is done really… concisely, with lots of ‘show, don’t tell’. As much as I can deal with flowery prose, I really like this about this book so far. Gotta take notes.

Anyhow, my next pick will be Sabriel by Garth Nix. I have a goal to make it through as much of my current TBR this summer as possible! 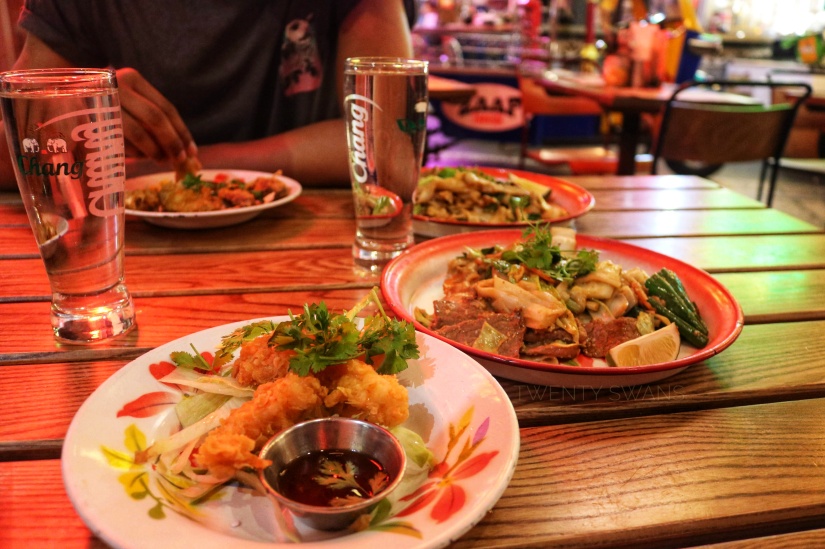 I recently acquired a Nintendo Switch, so most of my days off have consisted of wandering Hyrule semi-aimlessly. The Legend of Zelda: Breath of the Wild is so OPEN and I love it – almost everything can be interacted with. At some point, I am going to have to learn and actually remember some combat controls though because simply charging into the nearest enemy flailing a Boko Bat and panicking won’t work all the time…

My favourite part of the game beyond exploring is probably gathering ingredients and cooking food, as boring as that sounds. Autosaves in this game make me feel invincible even though I’ve gotten ‘Game Over’ at least nine times. I do like to dive into new areas but you know when it’s misty and I paraglide in only to have the mist reveal a bunch of Lizalfos that kill me in one hit? Sigh, yeah that kind of sucks.

I also bought Stardew Valley, which I really like because whilst I loved Harvest Moon DS, it was… tedious, for lack of a better word. Stardew Valley feels very similar… maybe better, though! I tend to like these no-pressure games a lot more. I also bought Yonder: The Cloud Catcher Chronicles, for another open-world like BOTW, but also no-pressure kind of thing. It’s okay so far. Can’t climb things though. Can’t even enter buildings or swim, so it’s not as open, and sometimes the movement and camera controls make me dizzy, but it’s a welcome change from Guardians and Lizalfos.

I feel stuck with my drawing. I’m finding it really hard to be happy with stuff I draw at the moment making it really hard to continue. I keep thinking every line and resulting picture needs to be perfect (I finally understand the idea of ‘meaningful lines’ my art teacher kept going on about in school but it’s hard!) and it’s so frustrating that I can’t put my ideas on paper/computer yet. I think I will start experimenting with brush settings and some other digital techniques beyond just sketching. I have actually gone back to dabbling in writing too, but like… actually writing stuff instead of just planning forever and never getting words down on the page.

Anyway, I am scheduling some long-overdue beauty posts from before the hiatus, and I hope to still be chatting to myself here afterwards. If I’m not grinding for money or still dying in games.