This post was originally way over 2k words! It was meant to be scheduled for April so I’ve cut it down to extend a bit into May as well, and will likely include more May in my next edit, too.

I’ve binged all three seasons of Queer Eye! I’m loving the concept of a men’s makeover show and it’s just so wholesome and lovely and I always love the results by the end. I’ve also watched the entirety of the Love, Death and Robots animated anthology on Netflix. (My favourite of the collection was ‘Three Robots”.) There was also Carmen Sandiego, a wonderful animated show that can appeal to more than just the kids. I liked that it was a little educational. My sister and I finally finished Dragon Pilot together as well and it was really emotional for us and now a strong recommendation too. 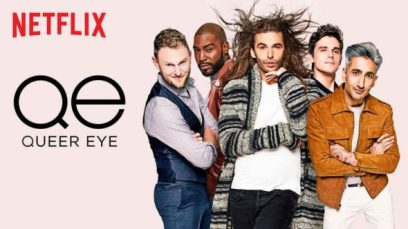 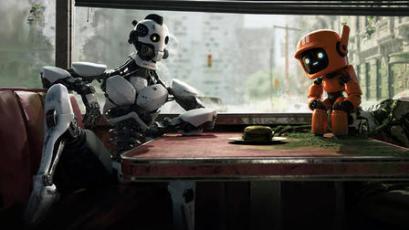 Kaguya Sama: Love is War is about two students in a battle to make the other confess. It has given me a LOT of laughs and I was looking to fill in the comedy-shaped hole in my heart since Sket Dance.

The Promised Neverland reminds me of Made In Abyss, and is about a group of children leading a happy life in an orphanage until they discover a horrible secret about the world outside. This one, in particular, is deliciously dark and I dreaded turning the pages, yet couldn’t stop reading!

Banana Fish is about a young man who gets involved in gangs during his trip to the US, and though I struggled to keep up at times with the complex story and action, it was worth sticking with it to the resolution. 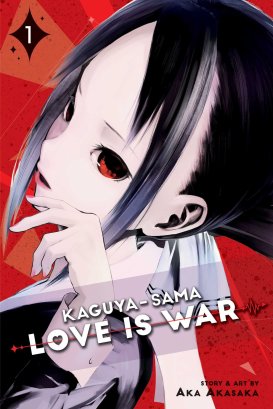 I’ve also read Usagi Drop, about a man who takes in a distant relative, and re-read Tamen de Gushi, a Chinese “girls’ love” romance manhua. Both of these are great if you want to feel all gushy and cute. There was a webtoon that stuck with me – Love Advice From the Great Duke of Hell – because the deadpan humour had me splitting my sides at 2AM!

I also made some progress reading the manga for Battle Angel: Alita after watching the film. The film and concept itself was stunning, as expected, but I felt that the plot was kind of… a little generic, and put it down to being possibly a bad plot adaptation. But then I read the manga afterwards and the film actually got it close, meaning I was a little disappointed still. I’ve since dropped the manga as I’m not as interested in it at the moment. I might pick it up in the future sometime. 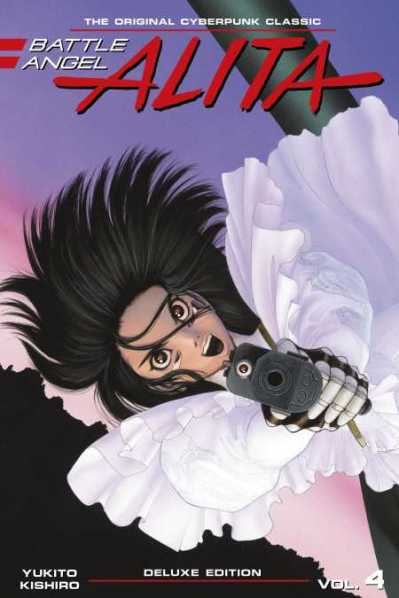 I also watched Man From Nowhere with the Korean Society at my university, which I enjoyed a lot. My brother loves this movie and has been recommending it to me for years, and I finally see why! The fight scenes are fantastic, and some moments had my jaw dropping open and hands clutching at my heart!

Dear Jerry has been one of my Youtube favourites recently, although in general I have not watched a lot. I’m finding a lot of Korean Youtuber content that is really well filmed and edited, and they’re really inspirational and make me want to vlog, too!

Unexpectedly, I got really into Tetris 99 in early February. I didn’t think I’d love it, but then I picked it up and got 2nd on my first match (below)! To date, I have only scored 5 wins, but the matches are so quick it’s easy to pick it up for short bursts of gaming, so I play it a lot in between breaks. I haven’t played as much recently as I’m finding that the player base is getting more practiced and I am struggling a lot as a casual player, but also because…

I got into Splatoon very quickly. They had a special demo in March where I played and loved it, purchasing the full game using my precious e-shop points and the demo-timed discount. That meant I got the full game for £23 down from about £50 and that is arguably the best gaming deal I’ve ever bought in my life!

The aim of the main game mode, Turf War, is to have the area covered in your own colour ink, and this is built up on in other battle modes later on. I haven’t even touched the single player modes yet – I imagine I’ll be getting a lot of play time out of this… I’ve actually already logged 100 hours on it, which means it beats Super Smash Bros. Ultimate for a new record on my Switch!

Not entirely unrelated, but I recently ordered a capture card so that I can stream the Switch games I play! Once that happens, I’ll be sure to let you all know.

The last few months have been absolutely PACKED with back-to-back BOPS. I am, however, excluding the hits from the current biggest K-pop groups that happened recently and trying to highlight my personal favourites. Watching K-Pop become more mainstream by the day has been a really wierd experience for me over the last few years, though.

As usual, all the songs are individually linked and also in the below playlist, in order!

This song gets credit for making me get up off my ass and actually try to dance a kpop song in full. I’ve watched the dance so many times you’d think I could do it myself, but I have two left feet and I’m STILL trying! It’s SUPER difficult but I fully believe it’s doable with practice. Itzy’s performances of Dalla Dalla really sold the song to me as they’re so in sync and precise. The song itself is a little jarring on the first day but now that it’s grown on me I’ve still not gotten bored of it after a few months.

I’m a huge fan of Epik High, and by the time this post goes out I’ll have actually seen them LIVE in London performing the hits of their 16+ year careers as well as the new songs from their EP, “Sleepless in __________” (Tukutz specified that it’s 10 underscore bars! LOL). The gap is for us to fill with any place that we are ever sleepless in. London, Seoul, my bed… anywhere.

The whole album was made for the sleepless nights that Epik High experience and so do many of their fans, whether due to anxieties or depression, or something else – they hoped this album would help us sleep well. I was expecting Lo-Fi study beats goodness (which is also referenced in the album!) but when I finally listened to it, it just sounded like Epik High, meaning this is a sound that is already sort of theirs.

“Sleepless in __________” is a short EP of only 20 minutes, but it’s a very calming, relatable experience. It’s very open about mental health throughout and it’s a refreshing change from what I usually listen to. The title track is the most radio-friendly song, Lovedrunk (ft Crush) but my pick is their collaboration with Malaysian singer Yuna called No Different. I’d heard her on a collaboration with Usher before, but hearing her here is just… godly! The whole song is in English too!

Seeing ex-YG-signed artists thrive outside of the company has extra catharsis recently, due to the recent controversy surrounding the company and a celebrity very closely associated with it. Park Bom is returning to the music industry for the first time since 2NE1 disbanded, and I’m a HUGE Blackjack.

Not only that, I was dedicating this 21st year of my life to them but didn’t think any of the members would be very active musically this year. So yes, I am completely on board with seeing her return with her unique voice. She sounds so much better, she can hold her own, and the song is produced by Brave Brothers who have had a fantastic track record in ‘2nd Gen’ K-Pop for creating bops, ensuring her style remains her own.

A new group who have literally come out of nowhere to deliver absolute bops. I’ve been checking out their earlier stuff and Moonlight was great as well! They’re worth supporting for future songs in my opinion as they’re from a small company and so get a lot less budget compared to many other groups.

Jolin Tsai – The Lady in Red

I don’t normally write this much about music, but honestly, there has been so much QUALITY recently I can’t help myself. I can’t describe this particular song very well, but the MV is gorgeously made, ethereal, badass and gloriously high-budget.

It’s not like I ever stopped paying attention to English-language pop music, but it’s a bit more effort for me to keep up with actually! I tend to keep an eye out for a few select artists and occasionally check the charts for something I like. I like anything that sounds pleasant and catchy to me, and I really like Sam Smith’s voice. As I type, Carly Rae Jepsen has an album that is coming out soon, which is super exciting and might be out by the time this gets posted. She has a really interesting synth-infused sound at the moment.

Okay, I am wrapping up here before I go entirely off the rails.